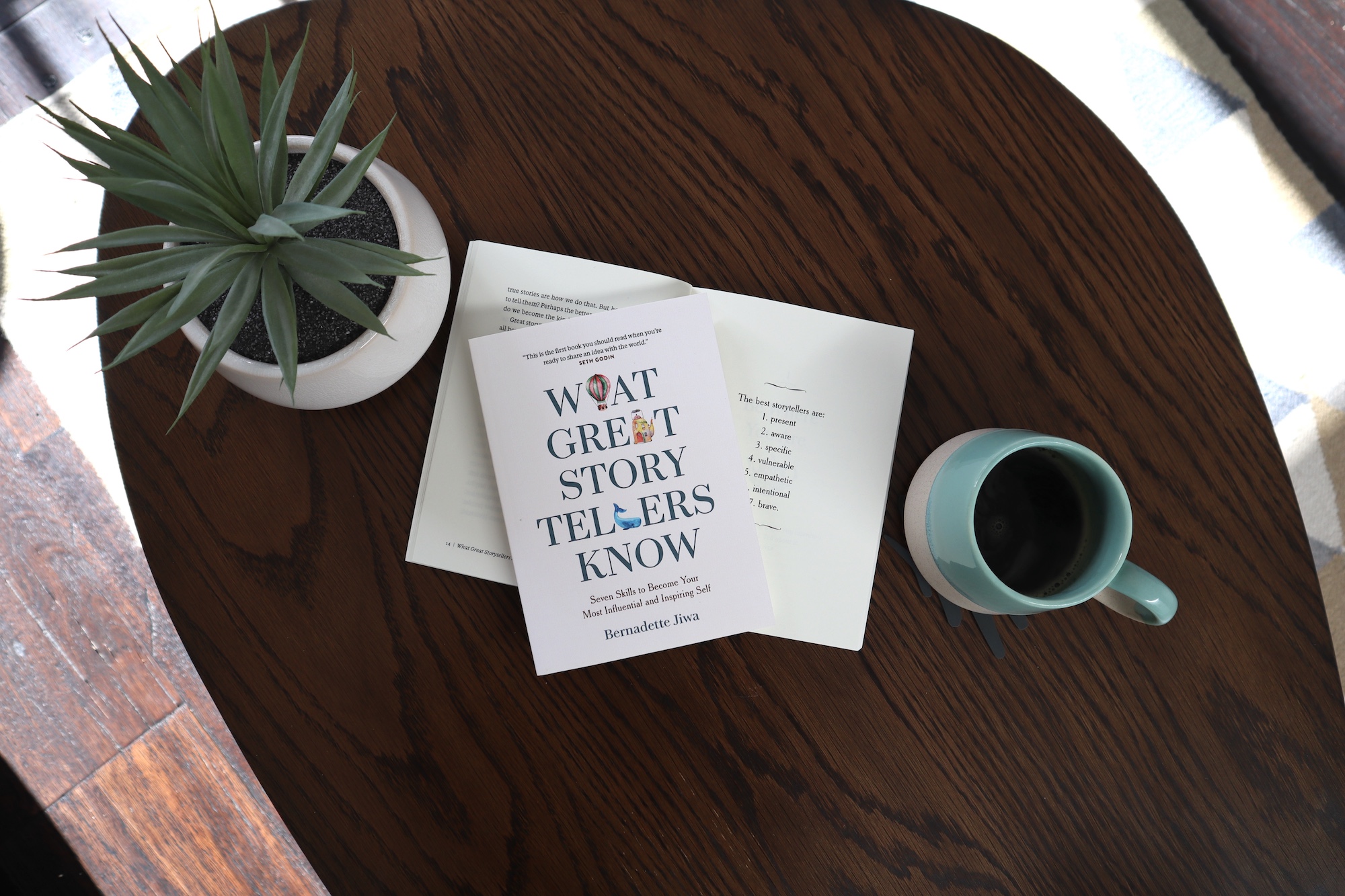 My idea of a good non-fiction book is one without filler that I read to the end without skimming. I like to invest in a book that will teach me something in an afternoon that I can use for a lifetime. Those are the goals I had in mind when I wrote my new book, What Great Storytellers Know.

We’ve always used stories to entertain, teach, and inspire. And despite what we’re often led to believe, storytelling is not an innate ability. It’s a skill anyone—from marketers and professional communicators to parents and teachers—can, and should, master.

In What Great Storytellers Know, I take you through the steps of finding and strengthening your storytelling muscles. I share the seven skills to being a great storyteller and show you how to cultivate them to build trust and connection.

You’ll discover how to become more fully present and in tune with the world around you; how to find the extraordinary in the everyday and the power in the particular; how to speak from the heart and express your truth; and how to recognise, and replicate, the patterns in strong stories to chart an emotional path for your audiences.

You’ll also experience how the power of storytelling extends not just to the listener, but to the storyteller. As you find your voice, you’ll create the change you want to see—whether to inspire hope in the hearts of your team, to build trust with your customers, or to strengthen a relationship.

It’s been a joy and a privilege to write this book for you. 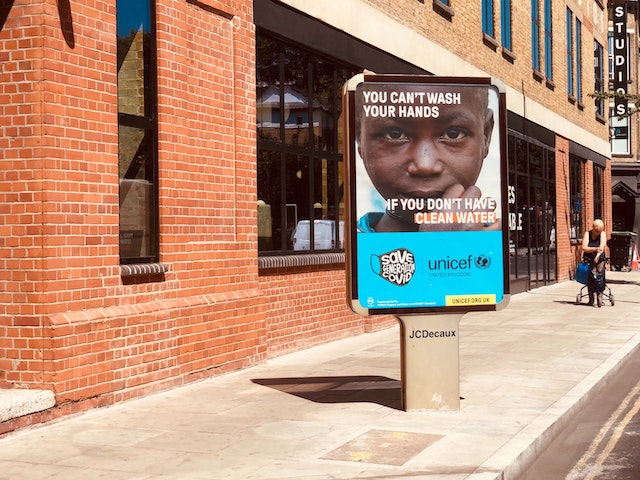 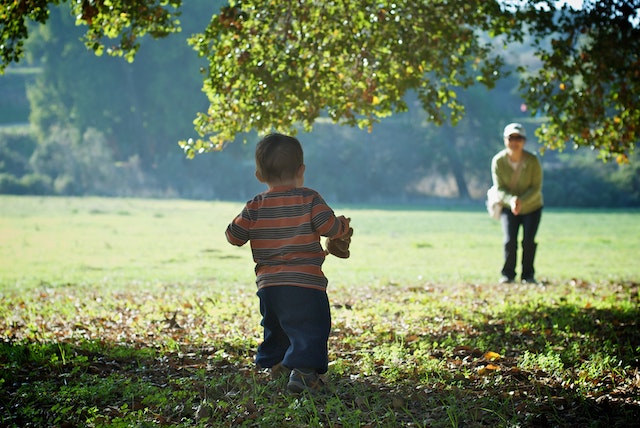 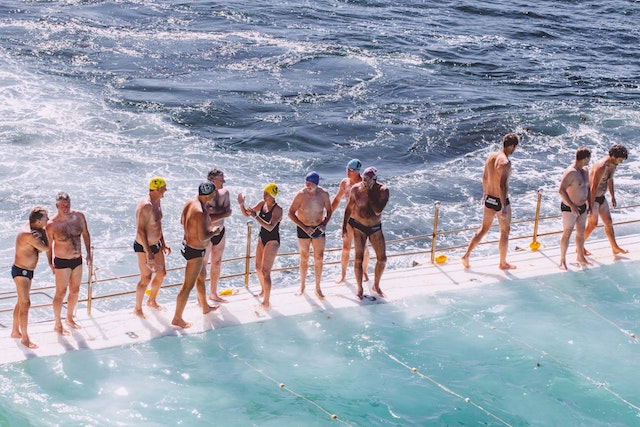 Every day during the current global pandemic we’ve watched the numbers go up.
We’ve listened to our leaders tell us about the number of active cases.
We’ve seen unemployment figures published in news articles.
We’ve heard about the numbers of lives lost.

Our scientists, experts and leaders keep us informed to convince us of the seriousness of the situation. They need to gain our trust and influence us to act in the interest of the collective good. Without a doubt, we need the rigour of data. But we also need the persuasive power of storytelling to spread these life-saving health messages and measures.

Storytelling is our most persuasive technology.

Hearing a story about one person’s experience has more impact on us than all the data in the world. We humans are hardwired to be influenced by stories. And yet, we are rarely trained in the important skill of storytelling.

Every one of us needs to learn these story skills if we are to inspire change. I want our activists, educators, leaders and scientists to become better storytellers. And I want you to be your most influential and inspiring self so that you can use your stories for good.

Last year Seth Godin and I launched The Story Skills Workshop to help more people like you to harness the power of storytelling. Since then, 5,000 people have taken the workshop. We’re proud of how we’ve helped people like you to become better storytellers.

You can sign up for details about when the workshop opens again here.

We each have the power to tell better stories and create the future we want to see. 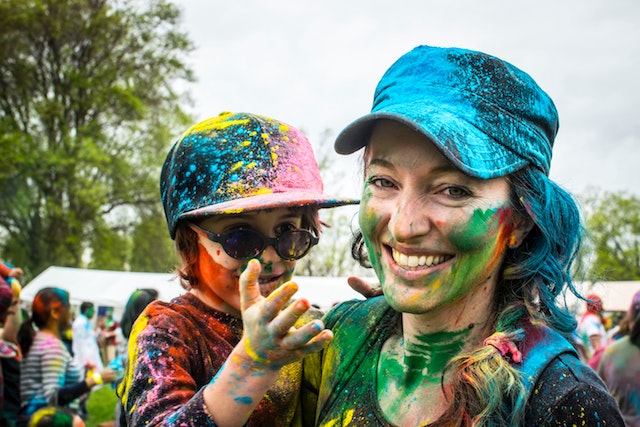 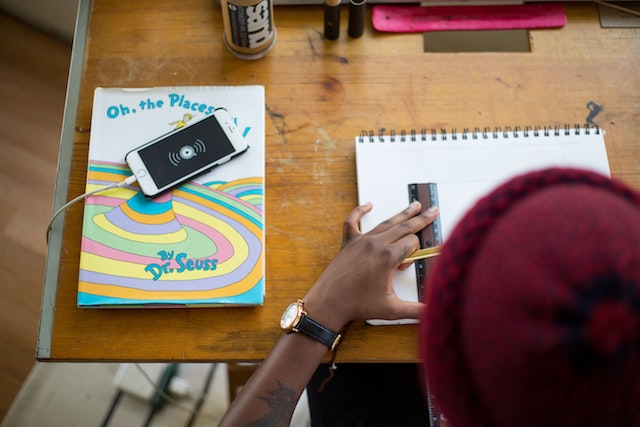 Stories are our most persuasive technology. The stories we tell can be powerful catalysts for change. But the stories that silence us are the most potent of all.

The stories we choose to believe and believe in are the making of us.

We can use our voices to raise the voices of those whose stories have been ignored.

We can choose the narratives that survive and thrive.

We can use stories for good.

To Whom It May Concern 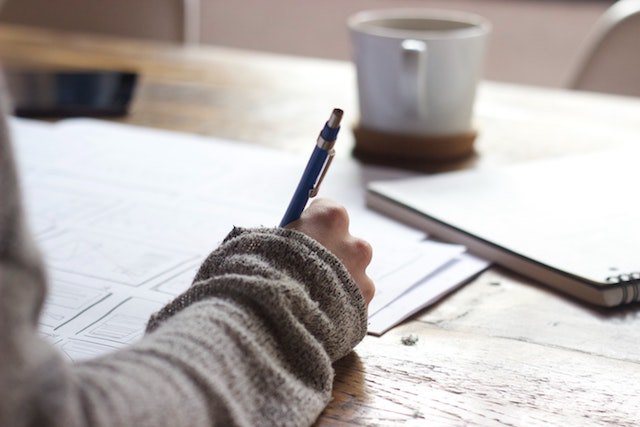 When an aspiring author is pitching her work to a publisher or agent, she needs to address the agent directly.

In her query letter, it’s not enough to be aware of her book’s strengths—she must also know who it’s for and why this particular agent will care enough to read the first few chapters.

It doesn’t matter what idea you’re selling—it could be a logo, financial services or behaviour change, the same rules apply.

You’ll always get a better result when you open your pitch with the words, ‘Dear Someone Specific’ in your mind.

Act as if you’re writing a letter to a person you know, not a marketing message. Because you are.

I once worked with a startup in the financial services industry. The foyer of their office building was all polished floorboards, high white walls and minimal seating. Inspirational magazines were strategically arranged on low tables, next to the espresso machine.

The walls were completely bare apart from a big decal that declared how many customers the company had acquired. Proudly serving a million customers, it read.

That number was the story the company’s leadership team chose to tell. It was a story about growth, success and their upward trajectory. The goal was to build trust with visitors and excitement among the team. The number said something about the company’s values and aspirations, but it didn’t tell the whole story.

As part of our work together, I helped them to find and amplify individual customer stories. They went from talking about how many people they served to showing how they helped one small business at a time. Finding, owning and sharing their stories enabled them to demonstrate that they were not just a company that measured—they were a company that mattered.

That opportunity is open to all of us.
What stories can you tell today to show people why your work matters?

*Today is the last day to enrol in The Story Skills Workshop. You can join us at the special discounted rate for my blog readers using this link. Here are some of the stories of the people we’ve helped to become better storytellers.

The Medium, The Message AND The Messenger 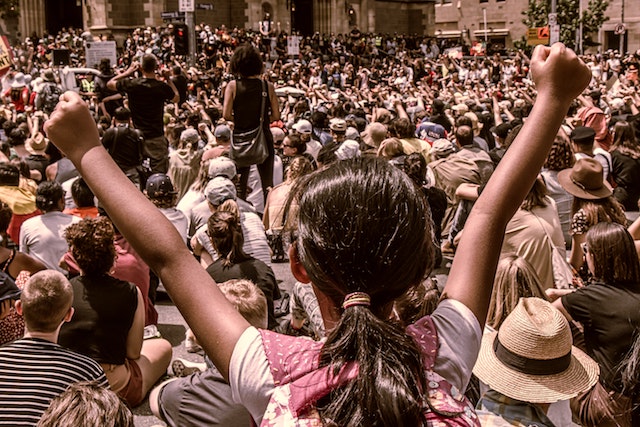 We know that when it comes to persuasive communication, it isn’t just the message that matters. How and where we deliver the message helps it to resonate and to spread.

Speechwriters can write eloquent words which our leaders are instructed to deliver, but message only lands when it’s spoken with conviction.

When it comes to convincing people to buy into our ideas, we must consider what we want to say and how we will show up to say it.

If we’re going to tell better stories we need to become better storytellers.

Great storytellers craft the message, use the right medium and most importantly practise their delivery. These are skills we all need now more than ever.

*Enrollments for The Story Skills Workshop are open now. You can join now using this special discount link for my blog readers.