You already have an advantage, the story only you can tell. 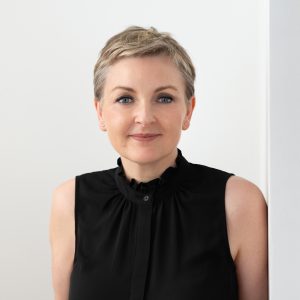 You can’t change a mind without winning a heart. Humans have known this instinctively for millennia and we’ve relied on stories, our most powerful and persuasive technology to help us create the change we want to see.

I’m Bernadette Jiwa. For more than a decade I’ve helped people to be their most influential and inspiring selves, helping them to find and craft their stories and develop their story skills. Many have built successful careers and organisations, others have created collaborative communities and meaningful change, as a result.

HOW I CAN HELP YOU

Create an impact and be your most influential and inspiring self.

FOR COURSES & WORKSHOPS
VISIT THE SHOP

FOR GROUP MENTORSHIP
APPLY TO JOIN

I am a leading storytelling advisor, story skills trainer and the author of ten non-fiction #1 Amazon Bestsellers. My debut novel, THE MAKING OF HER was published in 2022.
Until I stopped blogging in 2020, my award-winning blog was read by leaders in organisations like Disney, Unicef, Adidas, Louis Vuitton, United Nations, Red Cross, Microsoft, Google, Barclays, Lululemon, Clarins, Dyson, Hilton, TED, FedEx, LEGO, Nike, Amazon, Stanford, Hallmark, Worldvision, McKinsey, Uber, Sony, Ford, Salesforce, Twitter, Mini, Oracle, Siemens, Morgan Stanley, Sky, General Mills, IBM and Bupa.
Smart Company named it one of Australia’s 20 Best Blogs in 2014. It topped the list in 2016. Seth Godin listed it as one of the blogs he reads.
I was named by Smart Company as a Top Business Thinker 2018.
I spoke about the secret to spreading ideas at TEDx.
I grew up in Dublin, the storytelling capital of the world. Now I live in the world’s most liveable city, Melbourne Australia, with a cafe on every corner, surrounded by storytelling inspiration at every turn.