The Secret To Being Exceptional 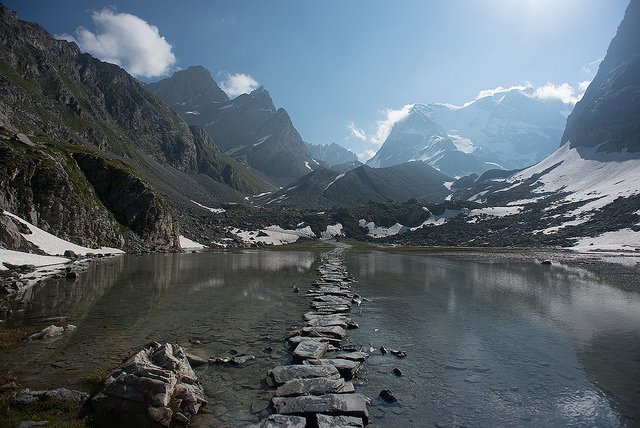 You might remember when you were a high school student (as I do) trying to work out a revision system that helped you to maximise your chances of academic success. I never had much luck. Teachers held up model students as examples of how ‘hard work’ paid off. Straight-A students it seemed were the ones who did ‘the most’ work. And ‘most’, being infinite was a daunting place to start.

It’s taken me a good thirty years to realise that exceptional performance is not a result of expending the most effort—trying to reach the summit in a single, spectacular leap. The secret to being exceptional is in the small choices we make moment-to-moment. The student who organises his notes from the very first lecture of the first semester. The hotel receptionist who consciously makes every interaction meaningful. The athlete who pushes through the last three uncomfortable reps. The CEO who intentionally seeks out and acts on the wisdom of his team. The doctor who greets her patients warmly by shaking them by the hand. Ordinary people making small choices that incrementally make them exceptional.

Small, deliberate choices, made moment-to-moment, have a huge impact over time—not just on the work we do and the people we serve, but on our belief about what’s possible. It’s easy to fall into the trap of complaining about the things beyond our control we can’t change. If we want to be exceptional, we need to get into the habit of finding reasons why we must, instead of making excuses why we can’t.

The Limitations Of What We Measure 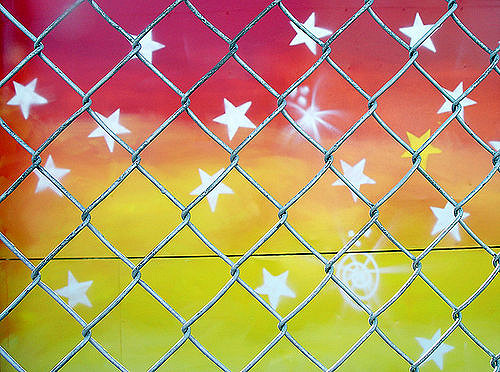 A friend recently posted a photo on social media of a star chart pinned up in her son’s classroom for all to see. You will have come across one of these before. Maybe the one you remember had your name clearly written in neat handwriting on the left alongside a blank column to the right, where your stars, once earned, would go.

There was a predictable distribution of stars on the chart in the photo—nothing unusual amongst an average population of 7 year-olds. Most had earned two or three stars. One boy was streaking ahead with six. Then there was Ethan without a single star to his name. There’s always an Ethan.

And so it goes in business—where all success is defined by what it’s easy to put a number on. Revenue, sales, profits, growth, footfall, impressions, open rates, page views and likes—all the things that fit neatly on a spreadsheet. Spreadsheets, like star charts, don’t lie, they just don’t tell the whole story about the intentions we have, the effort we made, the impact of our work and the difference we will have over time—not just this term or this quarter.

The people with the most gold stars don’t always win. And sometimes they lose. Because they are so busy reaching for stars to stick, they forget to look up at the brightest ones, too numerous and too far off in the galaxy to count. 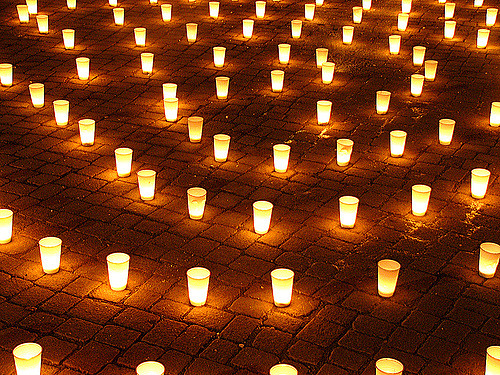 There are many things we can and do measure in our quest for progress. We measure revenue and how many units we sold. We measure footfall and customer conversions. Numbers of followers and how this marketing campaign performed compared to that one. The irony is what looks like progress in the moment does not always lead to long-term results. Progress is often made and sustained by things we can’t or don’t measure.

We don’t measure how the customer felt an hour after she bought the expensive body lotion. We can’t determine the last thought she had before she clicked on the link. We will never know what she hasn’t told us about a bad experience as she leaves the restaurant vowing never to return. We don’t often question how our employees feel at 7 am on Monday morning or the significance of their weary smiles at the end of the week. We forget to question the effect of a toxic organisational culture or unnecessary and unproductive meetings.

On the flipside, we can’t always know the impact our product had on the life of a single customer. We often don’t hear the stories about what happened once the thing we made left the factory or the words that someone needed to hear left our lips. Progress is not always to be found under the spotlight—sometimes it’s hidden in the shadows. We get to choose where we shine the light. 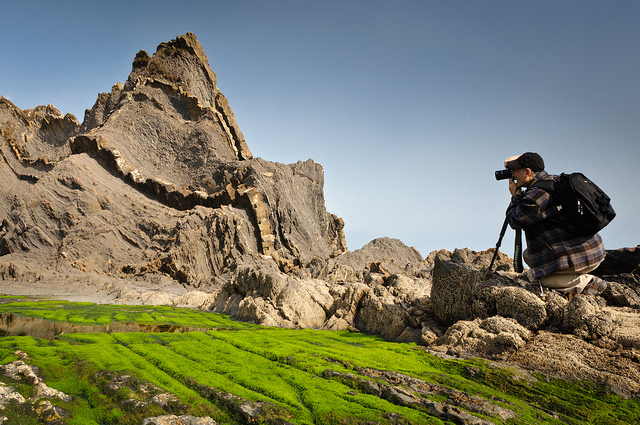 Marketing tactics change weekly. It’s not hard to get thrown off course by the sense you’re being left behind. What should you devote your energy and resources to next? Which new social media platform is worth investigating and why? Is it worth attending networking events? What will your return on investment be?

The new tools and tactics are easy to learn and automate, what’s harder, scarcer and more valuable is the intention that guides the work we do, the service we deliver, the attitude we adopt and the meaning we hope to create. Value is increasingly created by experiences and interactions that are not easily replicated. The cookie cutter approach to innovation, storytelling and marketing is overrated. The more deliberate we can be about carving out our difference the better.

What’s the difference you want to make?
Why is this important to you?

You need to know this before you write a line of code or a word of copy and before you send that sales email or plan your next marketing campaign.

The Art Of Discovering Opportunities 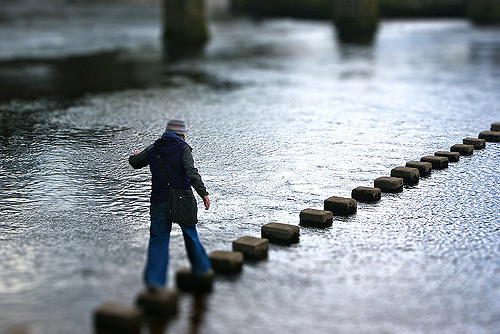 How often do we look down when we could look up?

How often do we do the obvious instead of exploring what’s been overlooked?

How often do we sit tight when we could dive in?

How often do we make excuses instead of making our mark?

How often do we look away when we could look closer?

How often do we decide to follow instead of taking the lead?

How often would we choose to fail if we saw failure as a stepping stone on the path to opportunity?

The Power Of Perspective 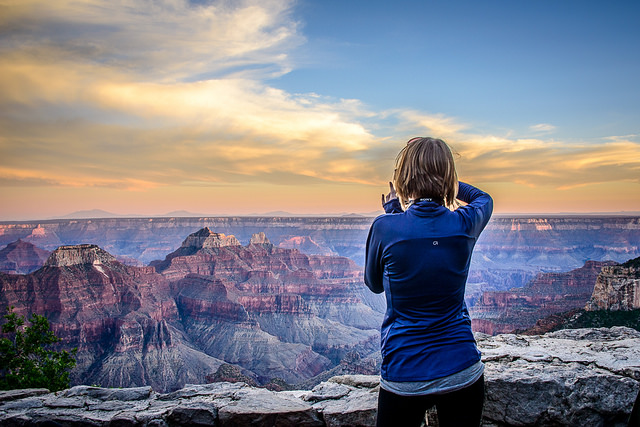 The brilliant science graduate had a decade of first class education behind her. But the industry she thought she’d been equipping herself to excel in was experiencing a sudden downturn and her hope of finding the work she had trained to do. Her excellent academic record and transferable skills were worthless in the face of the story she told herself about the future.

Hope impacts our internal narrative, acting like the aperture of a camera’s lens controlling the amount of light reaching the film. It makes us more resourceful, fuels our resilience and strengthens our resolve. We might not have the ability to alter the scene but we can change our perspective.

We have more power to shape our stories than we realise. 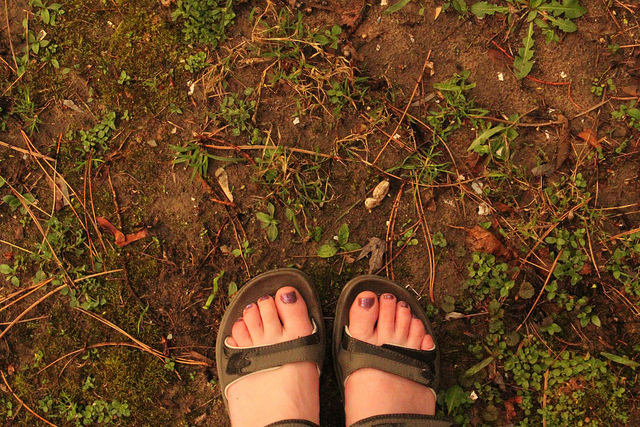 In my mother’s day, ‘getting there’ meant finding a partner, having a roof over your head and family you could afford to feed. That’s still the reality for many but probably not for most people reading this today.

Now ‘there’ is now the elusive place where accomplishments are built ever higher, boxes are ticked and accolades rain down. A transient state of worthiness we achieve when we finally have proof that we’ve done enough, achieved enough, been enough. ‘There’ is a metric that quickly loses it’s shiny allure once it’s met. A journey we are encouraged to feel we should be on and a destination where many of us will never feel we’ve quite arrived.

The truth is we are ‘there’ in every moment we live without comparison, or spend our time wisely. When we give of ourselves generously and create intentionally. It’s not some distant or better horizon, but a grounded state we can give ourselves permission to inhabit.
You’re already there if you choose to be.

How Our Actions And Results Align 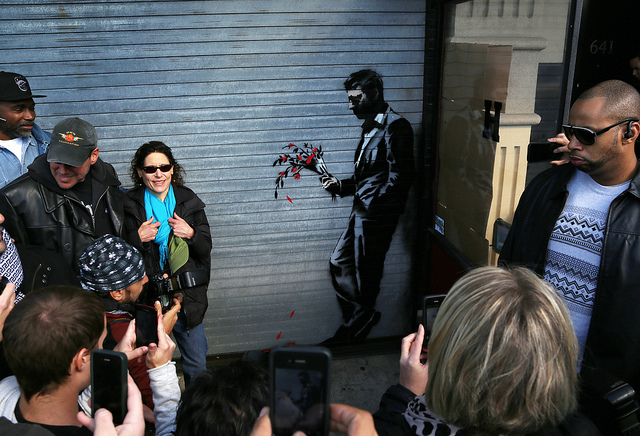 We not only reap what we sow but also how and why we sow.

Metrics For A Job Well Done 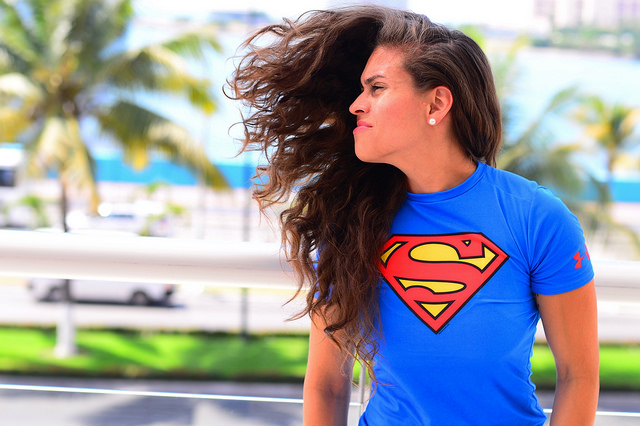 Every business has metrics for a job well done. We know when our sales are up and complaints are down. We can measure our organisation’s performance and success in a myriad of ways.

For many businesses, success is measured in efficiencies and financial targets. Others choose to pay attention to customer’s success stories. The old axiom that ‘what’s measured improves’ holds true. When we clearly define the path we want to take we have a better chance of following it.

Three Success Assessment Questions For You

What do our customers expect from us?
How can we help our customers to reach their goals?
How exactly will we know when we’ve succeeded?

Your customer’s success story is your story too. 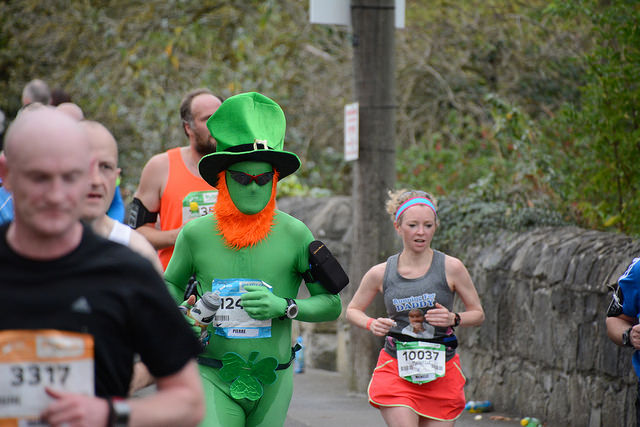 Not surprisingly there’s been a lot of talk in the news lately about winning. It’s a subject that’s never far from our minds, especially if we’re leading or building a business. Conventional wisdom dictates that someone has to come out on top, and if we believe this is true we want it to be us and not the other guy. We don’t want to be caught short, overtaken or left behind—so we allocate resources (both material and emotional) to make sure we win. Sometimes we do this without articulating why winning is important and what it looks like. We seldom calculate what the real cost of pursuing a win above all else will be—not just on our balance sheets, but to our values, reputations, legacies, and well-being beforehand.

If we play to win is our goal to make sure that others lose, or is it something bigger? When we forsake traditionally, narrow metrics of success—things that can easily be weighed, measured and carefully graphed, we are free to embrace a much broader definition.

As business leaders, entrepreneurs and creators, we have a choice to make. We can aim to dominate and defeat, or we can choose to build and serve.

You might remember the 70s comic strip ‘love is…’ by Kim Casali. Even as a young child, long before boyfriends and broken hearts, I adored that comic strip. It showed me that there was no one way to define love—that there was more to it than a single long-stemmed red rose version of the truth. It taught me that we each get to choose what’s important and what’s worth working towards.

The same goes for success. We get to choose how to contribute and serve, how to achieve and lead.

Winning means different things to different people. It pays to be clear about exactly what your (and your team’s) definition of success is, and to know what you’re prepared to do to achieve your goals. Because unlike loving, winning for winning’s sake is overrated.