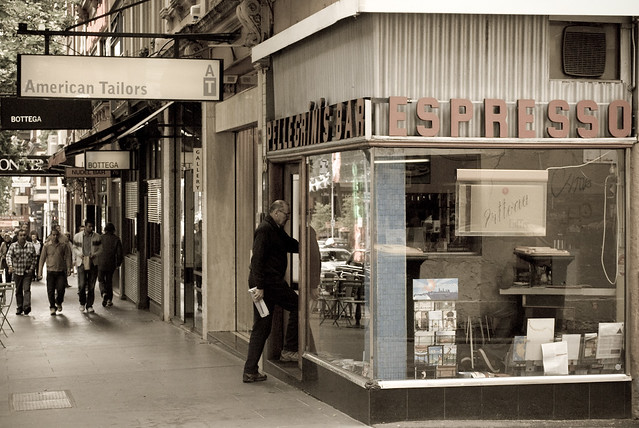 The German restaurant in our neighbourhood closed its doors after a year in operation. The chef’s reputation and inventive menu were not enough to draw sufficient numbers of customers to make it viable.

We knew it was only a matter of time before another owner took over the lease. And sure enough, last weekend we saw a new coffee machine installed and the tables and chairs being delivered.

There are six cafes selling great coffee and a decent brunch within a hundred metres of this one. So, what does the owner believe her competitive advantage will be?

Few new businesses have an unassailable advantage—one that makes them the only choice for a prospective customer. Most don’t make measurably superior products or own proprietary software. They haven’t patented a secret formula, and they don’t necessarily have more resources or talent than the next company.

Successful companies don’t expect to start out ahead of the game on day one.  They plan to earn an advantage over time, by knowing who they want to serve, and how—then building on their strengths to tell the story that matches their ideal customer’s worldview.

And when they do, they give their customers a story to tell, compounding their advantage as they go. 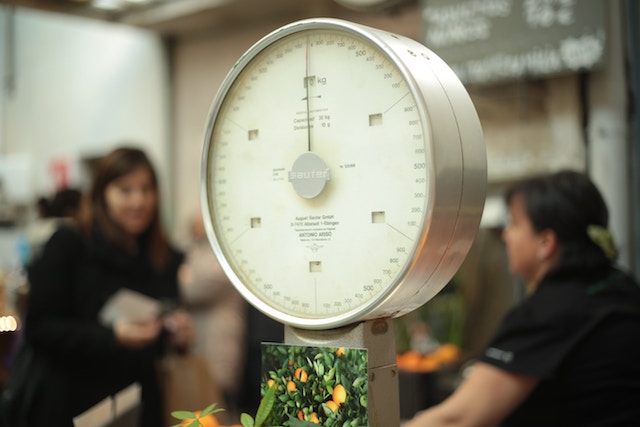 ‘That will be eight dollars,’ the woman, who is carefully weighing and wrapping two serves of freshly made fettuccine for us to take home, says.

As my husband is about to hand her the cash, she takes another handful of the pasta from behind the glass and adds it to our package.

She doesn’t announce that she’s giving us twenty per cent extra for free.
She doesn’t even invite us to notice the gesture at all.
It’s enough for her that she knows she has added value.

We think of value as a hard metric—the anticipated fair exchange of this for that.

But value can be a surprising, generous, unfair exchange. 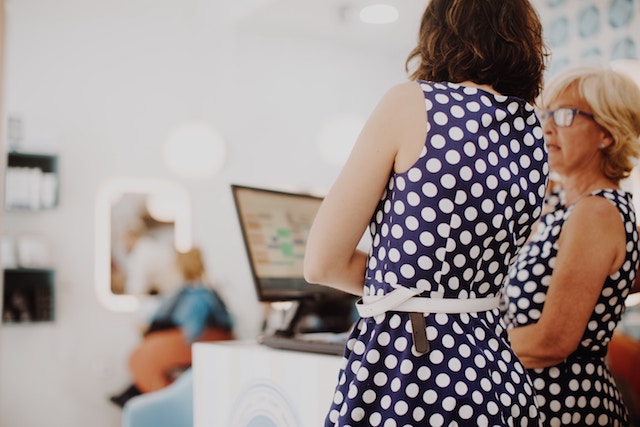 A young friend of mine who moved to a new city was having trouble making friends.
She lamented about not meeting the right people.
‘How can I make good friends?’ she wondered.

Her question reminded me of something my grandmother used to say.
‘You get good friends by being a good friend.’

What would happen if we applied this advice to business?
What if we doubled down on delivering good service as a strategy to get good customers?

There are two questions we’d need to ask at the outset.

1. What’s our definition of a good customer?
2. What are our customers’ ideals about the companies they want to support?

When we know who we’re building for and what they care about, we get better.

The Story Strategy Course shows you where to begin. 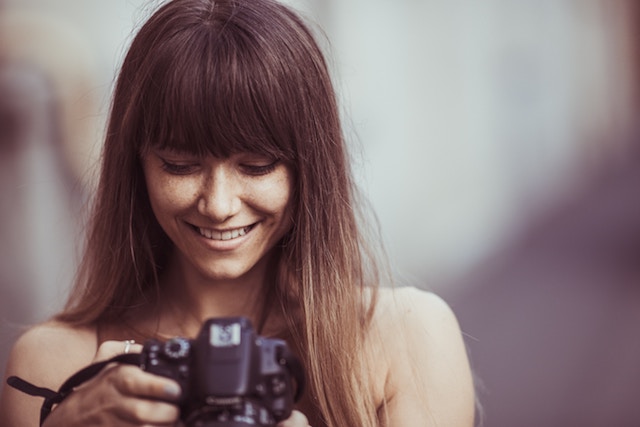 A graphic designer works for decades to master the tools of her trade. Not just the design programs and fonts she uses, but her discernment, her eye and her empathy—the intangibles that clients value in the end result. Things the designer doesn’t add as line items on her invoice.

Value creation isn’t only about what’s exchanged in a transaction—the logo, the sandwich or the software. Value is more than the usefulness of things. Value is about utility and desirability.

If we want to be valued for both the skills that differentiate us and the work that brings us joy, then we must find ways to articulate that value to our customers. Better stories create value. 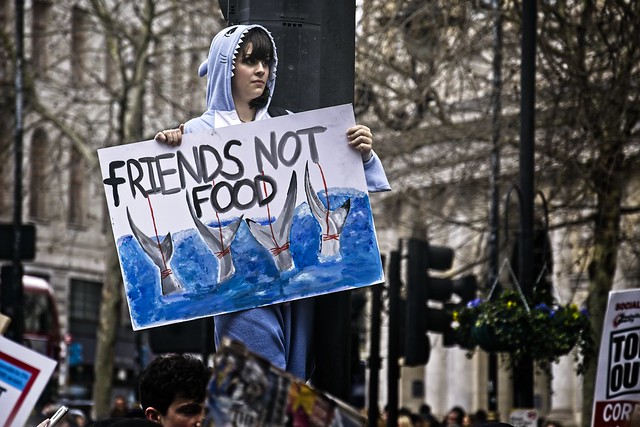 One of my favourite activities in art class was poster design. I loved the constraint of having a single medium and limited space, with which to deliver the message.

Today, there have never been more ways to reach an audience.

Just as we master one medium, another channel presents a new opportunity to distribute our message.

It’s tempting to try to master every new medium that could enable us to reach more people.

But since our objective must always be resonance over reach, it isn’t the medium that should dictate our communication strategy—it’s the message.

The more time we spend mastering the message, the clearer we are about what we have to say, who our message is for and why it matters. 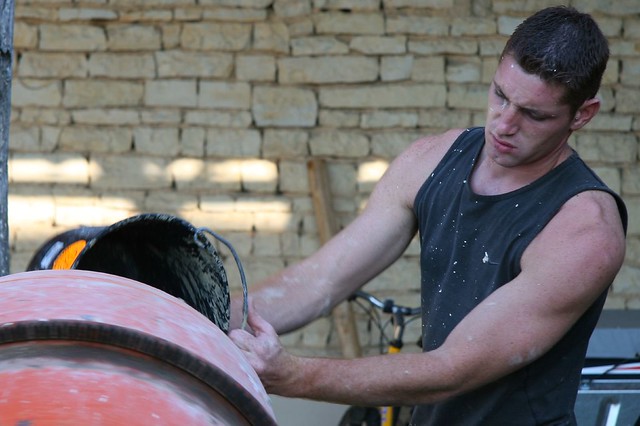 Our family moved to Melbourne almost five years ago. By some happy accident, we ended up finding the perfect home—an 1850’s terrace, one of the first houses to be built in the city.

The house next door has been empty since we moved in. The elderly couple who raised their family in it had hardly updated it in seventy years. We knew it would be sold one day and the new owners would renovate. We looked forward to seeing the old home restored to its former glory. But we were dreading the day the builders arrived with their jackhammers.

The house sold last winter and the builders arrived a few weeks ago. They are still at the demolition phase, and I have no idea about the quality of their workmanship yet. But we’re more at ease about how the building work next door might affect us—not because it won’t, but because of how the builders are going about it.

It turns out that the builders are wonderful. They do everything they can not to disturb us and reassure us that they will make good on things that affect our property. It’s their character, not their competence that makes them stand out.

Character is what we choose to do.

As individuals and brands, we’re judged by our character, not just our competence.

How does your character differentiate you? 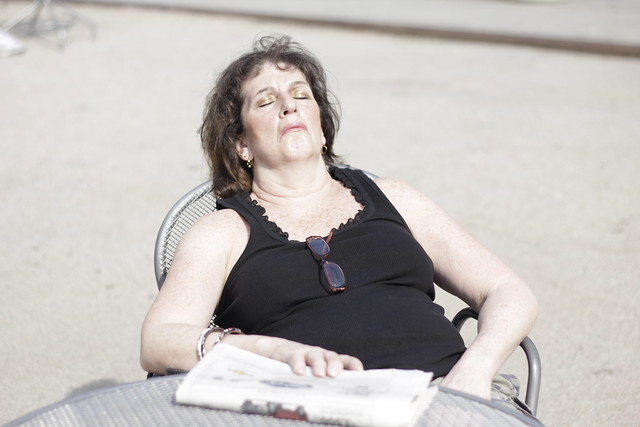 The leaflet that dropped through my letterbox with the sleep clinic’s business card stapled to the front asked two questions.

Do you snore? Are you always tired during the day?

Inside, I’m told, sleep apnea, a disorder I may have, affects 20% of women. I might be one of them.

And therein lies this marketer’s problem. They know nothing about me, apart from the colour of my front door. Which means they have no idea if they should speak to me, nevermind what to say to me.

As marketers, if the best use of our resources is to only speak to the people who want to hear from us, then targeting every ‘maybe’ is not a great marketing strategy.

We can do better than maybe. 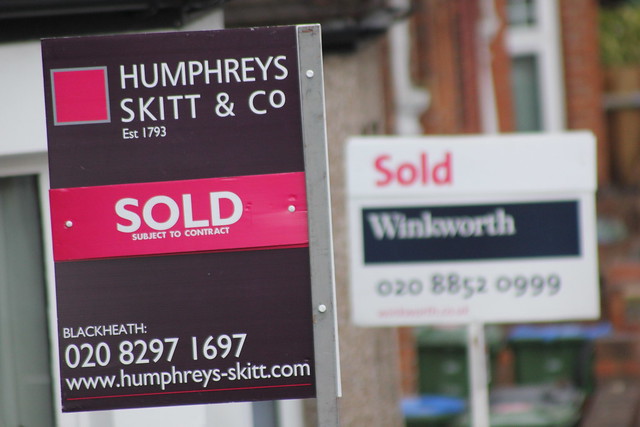 In winter, when the real estate market is flat, and new listings are thin on the ground, Craig’s agency does letterbox drops offering free appraisals. Craig has no idea if this marketing tactic will work. But it’s worth a try. What has he got to lose?

And yet, when spring comes round, and he finally lists a property for sale, Craig barely makes eye contact with the people who come to view it. His job is to get enough people through to close the sale on auction day, then collect his commission.

What Craig’s overlooked is what he stands to gain by being remembered for the way he engaged with buyers, while advocating for his clients.

Memorable marketing isn’t just about what you say when—it’s about how you act at every moment.

The Flipside Of Persuasion 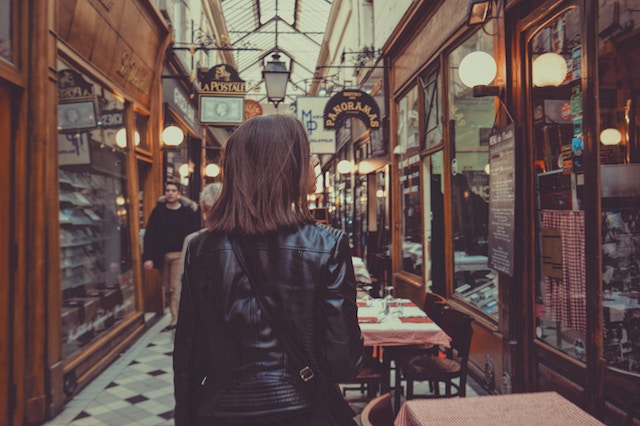 All marketing begins by being curious about why people do what they do.

What drew that woman to the beautifully packaged candles?
Are customers who ask for assistance more likely to buy than those who don’t?
Why did the mother put that box of cereal back on the shelf after reading the label?
What stories do parents tell their children about money when they ask for something?
Why is the chocolate aisle the busiest spot in the supermarket on a winter evening?

Sales and marketing are as much about understanding, as they are about persuading.
Marketing works best when we care enough to empathise with the people we hope to serve. 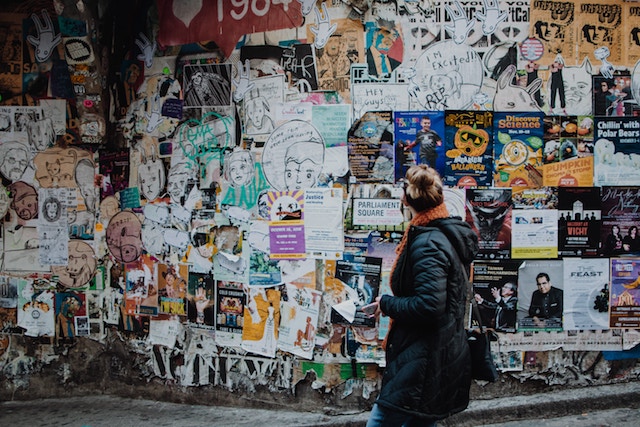 If you could tell your ideal customer just one thing about your product, what would you tell them?

What would you change about your service if you knew you only had one chance to woo that customer?

How would things be different and better if we acted as if every chance to do the right thing was our first, last or only one?