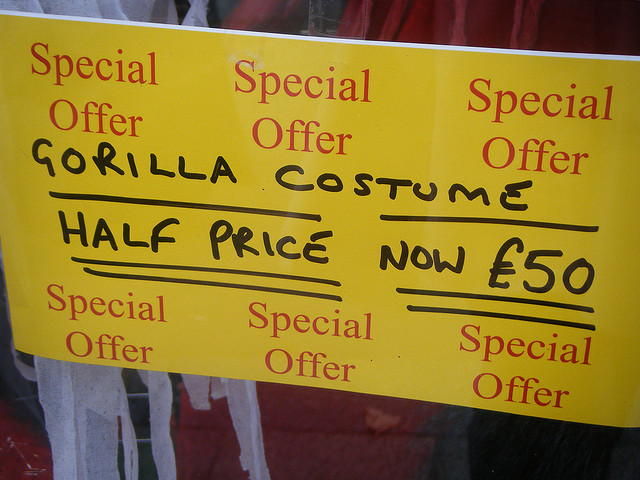 While working on my next book I was considering commissioning some independent research. Following a Skype conversation with a representative from a global research firm, where the investment seemed way outside my budget I received “some great news for in the form of a quote!”

The consultant had spoken to a colleague and had called in a “personal favour”. I could now access an all caps, FREE trial license and gather up to the 800 responses needed for statistical significance. The cost to me— just $5,000 (significantly less than the verbal quote), the caveat being we needed to bill the project by the end of the month.

Nine days after the end of month deadline I got another email saying that he wasn’t sure we actually needed 800 responses after all, and that with just 385 completed surveys we could gather data with a 95% CI and .05 margin of error. This would cut the cost of the project in half.
I could be done and dusted for $2526.

By now it was very obvious how the sales consultant was motivated and rewarded. He must close the sale by any means possible, but not by bringing the highest value the company had to offer to the table until he had no choice. It must be hard to get up and bring yourself to work every day if your job is to convince people to pay the most possible for the least amount of effort.

Maybe this is what it takes to survive in the 21 billion dollar market research industry? But when you reach the point where you’ll do almost anything to close the deal then it shows.

There isn’t a single customer on the planet who wants to feel like they were closed, and another 7.3 billion and counting who want to be made to feel like they matter—that we did our best by them in every sense of the word.

Take What You Need