Price Is Not Just A Strategy, It’s A Story 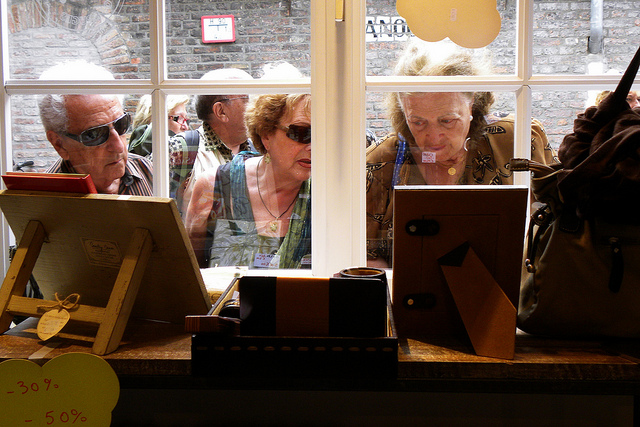 There was a palpable buzz when one of the most gifted leaders in retail, Ron Johnson—the guy who led the creation of the Apple Store experience, took on the role of CEO at the hundred-year-old company J.C. Penney. All eyes were on him. The business world wanted to know how he was going to transform the stodgy image of their department stores. Struggling retailers watched and waited to see if Johnson was the keeper of the secret that would save bricks and mortar retail. When Johnson announced his vision for the company stock prices soared. He wanted to create small store experiences within the large department stores and a square where events could happen. Johnson wanted to make the department store a place where people came to be, not just to shop.

To execute on this vision he decided to change the traditional J.C. Penney discounting pricing strategy. This change in the story that J.C. Penney’s core customers believed about price (one that the company had trained them to believe) stopped loyal customers coming and ultimately led to a 37% drop in the company’s market value. The financial results also lost Johnson his position as CEO after only 17 months.

Pricing is not logical. Neither is how we attribute value in a marketplace.

All retailers have a pricing strategy that customers come to understand and each one is different. I know that I will pay a firm, premium price for Dior. I understand that the price of a cup of coffee at my local cafe is the actual price and that I can’t get a deal on it just by asking. I know that I won’t get a discount on a new iPhone from Apple. The strategy for those businesses is to create truth on the price tag.

Sometimes the marked price is set up to create the illusion of savings. This strategy encourages loyalty from the kind of customer who wants a deal. The sticker price (which is then discounted) gives him the feeling that he has saved money. This customer gets satisfaction from telling himself a story about the deal he got.

J.C. Penney’s customers had been trained to believe ‘the deal’ pricing story. The feeling of getting the deal was part of the reason they shopped there. When the new leadership team quickly changed that story to one about firm, fair prices every day, it didn’t resonate with the people who regularly shopped there. Customers didn’t understand why things had changed—they felt like something had been taken away.

Price, like design, location or quality is part of your brand story—one you are asking customers to believe in. You get to choose the story you want to tell and who you want to tell it to.
It pays to understand what story the people you choose to serve want to believe.