What Will Your Verse Be? 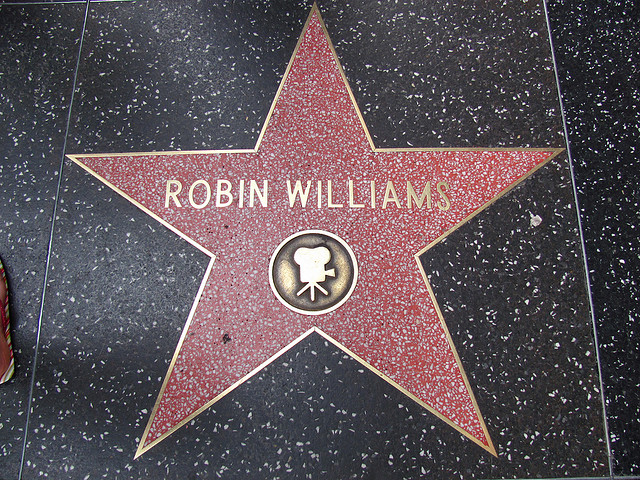 One of my heroes died yesterday. Maybe he was one of yours too? Robin Williams wasn’t the kind of hero you are reminded of every day. You might remember him as you’re riding the train home one night and you smile when you see the words ‘Carpe Diem’ etched into a teenager’s forearm. Or when you hear a piece of music from a movie soundtrack on the radio. Or when the TV channels inevitably play Mrs Doubtfire trailers at Christmas.

Journalist Ty Burr tells the story about the time he met Williams one morning on a New York street, as they were both setting out for a jog. For a split second Ty saw the man before his brain processed who he was. The man (not the actor) smiled back until he saw the flicker of recognition cross Ty’s face, then he put on his celebrity armour.

The irony of the human condition is that we fear being invisible and yet we fear being seen. We want to feel like what we do matters, that our time here stood for something. And yet we know that when we stick our necks out we are opening ourselves up to criticism and failure.

Despite his genius Robin Williams was no exception, he experienced the fear of not being good enough as we all do. He once acknowledged “this idea that you’d better keep working otherwise people will forget.” It was that need to keep raising the bar that made him one of those rare actors who could make us laugh and cry in equal measure.
He cared about doing that. He knew it mattered. He understood that he was here to contribute a verse and that doing it meant facing his fear of failure. I’m glad he did.
What will your verse be?