We Value What We Measure 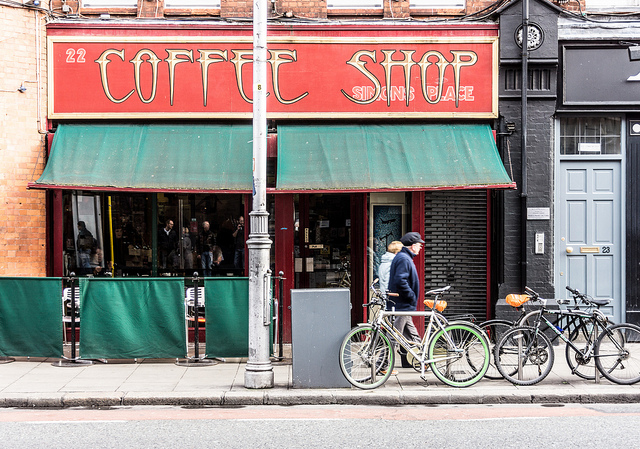 One of my first jobs was working as the manager of a little Dublin cafe that stood at the intersection of two busy city streets. It was a lot of responsibility for someone in their late teens, and I loved it. There was something magical about opening the shutters first thing in the morning when it was still dark, then putting the lights and the coffee on, ready to welcome the first customers.

We saw the same faces every day. Office workers who grabbed a quick cuppa and a pastry on their way to work, builders who ordered soup or sandwiches for lunch. University students who nursed a cup of tea for hours while they read over their lecture notes in the afternoon.

It was a privilege to become part of customers’ rituals—to be welcomed into their life. We didn’t just exchange money for beverages and convenient snacks. We got to know people. We nourished them and became part of their story.

Our little cafe was the first branch in a chain of cafes, each with its own character and unique location. New branches opened each year. Oliver, the owner, did the rounds of them all. He visited us twice a day. During the lunchtime rush—to gauge the extent of the rush. And at the end of the day to count how much money was in the till. If the takings were up, he was happy. If they were down, his face grew dark, and he began to question why. As Oliver’s empire expanded the money consumed him. He found it hard to see past the coins and bills he could count at the end of the day and even more difficult to connect those totals with an ongoing business strategy. He grew less optimistic about succeeding and more worried about failing with every new branch he opened. Oliver became fearfully reactive to the marketplace instead of bravely responsive to our customers.

He began to cut corners and compromising on quality, ordering food from cheaper suppliers and hiring less staff. He raised prices without giving customers, who were now paying more for an inferior product and service, any notice or a reason. Soon the takings grew smaller as the lines thinned out and business slowed. The staff who had once loved working there left, as day-by-day our little gem of a cafe lost a bit more of its soul.

In a world where data is king, it’s more important than ever to remember that what we measure becomes the thing we’re compelled to act on. There’s nothing wrong with tracking our progress—it’s essential to help us decide on our ongoing strategy. But it’s important to look at progress from every angle, not just the most obvious and easiest one to measure.