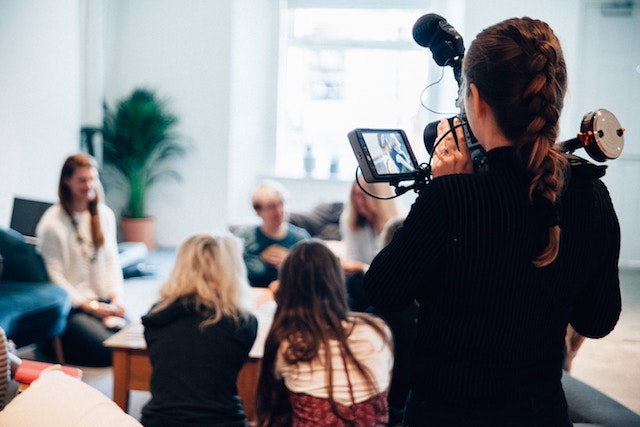 Sally studied Film and TV at college. She wants to be a director one day. But that’s a distant goal. In the meantime, she’s decided to put the skills she learned in college to work. Sally built a website and started working for friends of friends on their promotional business videos.

Sally is building her portfolio and has clients who are thrilled with the results. But she is less than thrilled with the filming and editing process. Over time, Sally’s realised the thing she loves best about her work is everything she does before she picks up the camera.

Her gift is getting her clients to open up about why they do what they do, not what they do. The reason Sally’s films are so good is because of the unbilled hours she spends with the client before filming begins. It’s hard to explain that to most people and it’s just as hard to charge for it.

What most clients pay Sally for—the deliverable, is that five minutes of video footage. But what Sally dreams of doing and being paid for is finding stories worth telling.

It’s easier for Sally to sell the outcome—the video, than it is to market her process and the impact of her work. So, she defaults to doing what’s easy and ends up selling videos in one-minute increments to clients who don’t understand or pay for her genius.

People happily pay for the tangible. But if the tangible—the logo, the report or the cup of coffee, is a fraction of the value we create, then we need to get better at selling the intangible.

It’s not unusual to wake up one day and find that the work people pay us for isn’t the work we intended to do. It’s our job to fix that, by telling the right story to the right people.

Is the work people pay you for the work you want to do?