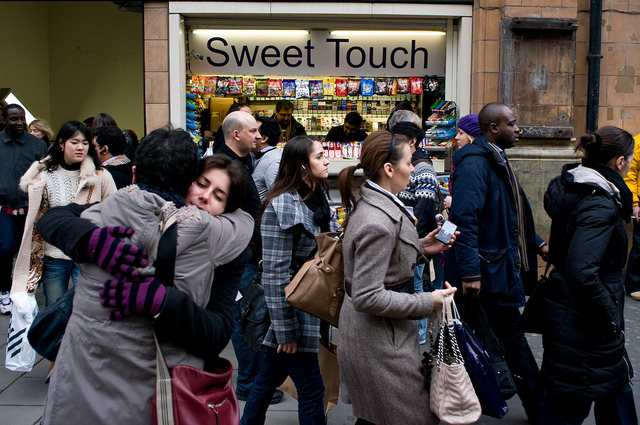 David is a genius who happens to sell for a living. I watched him sell a $150 pair of Ugg boots to a woman who had been killing time wandering through his souvenir shop with no big agenda one wet Friday afternoon.

He began, not as many salespeople would, by asking what she was looking for and instead he asked, who she was looking for. From there questions and answers easily flowed. The age of the woman’s granddaughter. The story about how she was always asking her grandma to buy her a pair of ‘expensive fake Ugg boots back home’. The grandma’s concerns about how they might damage her feet or make them smell.

David rearranged each of her responses effortlessly, like pieces of a jigsaw puzzle into a solution. One by one he dispelled the woman’s fears and gained her trust. Then—and only then, did he reflect the story of the moment when grandma would hand the boots over to her granddaughter, in their special reusable bag that would be ‘shown off to friends at school’, back to her.

“I might even get a hug for these.” she said, as she handed over three fifty dollar notes.

And there, expressed in that single sentence was what David had already known.

The best salespeople, marketers and brands don’t actually sell us stuff they’ve made in factories or built with lines of code. They don’t even sell us things we want or need. They simply sell the story we want to live and believe back to us.