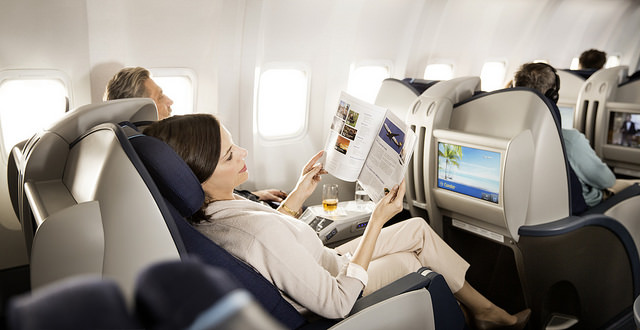 It was just a short internal flight, you barely enough time to get comfortable in your seat—46 minutes to be exact. That didn’t stop the guy who had mistakenly been ‘downgraded’ from business class to economy from blowing a gasket. He complained loudly, his finger stabbing in the direction of the gate agent’s face, while his own became redder by the second. The gate agent calmly repeated the bad news and apologised courteously as he’d been trained to do. There really was nothing else to be done. Facing the choice of flying economy or not at all, the business traveller had to accept his fate.

As he boarded, walking down the centre aisle, (a touch embarrassed) past a plane load of people he’d made a huge scene in front of to no avail, he turned to his colleague and remarked that he hadn’t been “back here in years”. In that moment ‘business traveller’ summed up the truth about the ‘premium story’. It turns out that premium isn’t simply the tangibles—wider seats, the position near the front of the aircraft, drinks in a proper glass, a newspaper or extra legroom. Premium is a story we tell ourselves about who we are and how much we matter.

People don’t buy what you make, they buy how it makes them feel. Your products and services are constantly framed by your customer’s narrative. It pays to understand what that narrative is.

To Whom It May Concern