Play To Your Strengths 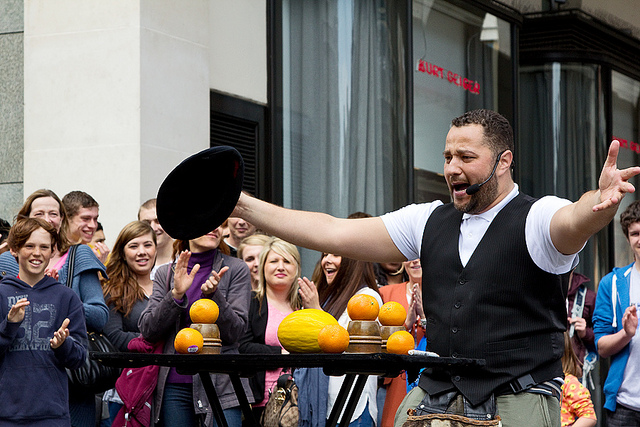 If you look hard enough at what’s going right (and sometimes wrong) in a business there are always lessons to be learned. Take the story of Tom the decorator who built a great business over many years, then suddenly seemed to lose his way. Part two of that story explains why Tom succeeded in the first place and why things have gone awry of late.

While Tom apprenticed as a decorator and knows a lot about colours and paint finishes and surface preparation, he actually doesn’t enjoy the solitary work of painting. Tom is a people person and a terrific salesman. He has a confident, firm handshake, knows how to look people in the eye and has their trust within minutes of meeting. Tom is also a brilliant organiser and manager. He knows how to hire the right man for the job and can give him very clear instructions. Tom has a way of making his team aware of the standard he expects and he commands their respect.

Tom is so good at selling that he has scaled his business rapidly and taken on more staff to do the work he doesn’t enjoy so much (although he never acknowledges this). Tom’s circumstances have changed lately. His cash flow is not what it was because he has just returned from a recent year-long overseas trip, so he’s not hiring a team to help with the jobs he gets during these first few lean months while he builds up his reserves of cash. But Tom is doing his business more harm than good. He is making a short term tactical decision and has abandoned the strategy that has served him so well in the past. Now he’s begun to take shortcuts, to look for quick wins and most important of all he’s stopped playing to his strengths.

Tom’s gift was never that he applied paint better than any other decorator in town. His gift was always that he knew how to make people feel like they mattered. He just didn’t realise that’s what he did for a living.

The irony is that while we spend time on our business goals, working hard to hit targets we set; sometimes we can’t explain how we did it, why it worked or how we really contributed to making it all happen. It’s never been more important to take time to work out who you are and why that matters to your business.