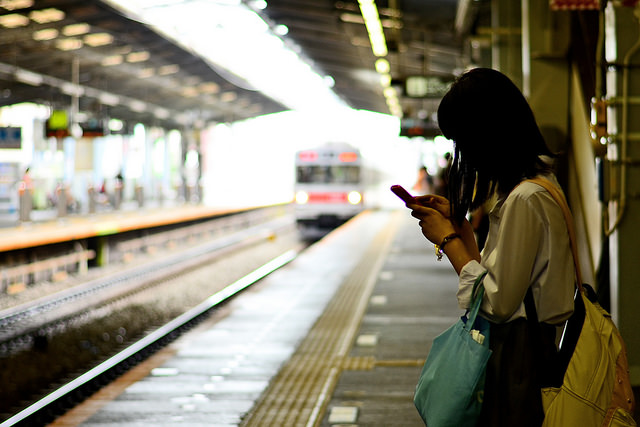 Not so long ago conversations with strangers just happened anywhere and everywhere. This was especially true in Dublin where I grew up. It was not unusual for someone you’d never met to practically tell you their life story while you were standing waiting for the 16A bus into the city. Showing an interest in other people, or being what some people might call, ‘nosy’ was part of our Irish DNA. That’s certainly changed the world over.

I’ll never forget the story author, Maeve Binchy once told during an interview, when she was asked where she got her ideas from and why her dialogue so good. She was sitting on a bus one day and overheard a conversation between two friends who were heading into town. One was planning to buy a 25th wedding anniversary card for her parents. “That’s nice.” her friend said. The couple’s daughter made a face. “Not at all, they have a terrible marriage,” she said. “But you know, the worse the marriage, the bigger the card.”

Today, eyes down, earbuds in, thumbs scrolling, we are the losers. Our capacity to be interested is diminishing, as a result of our obsession with being interesting. We don’t know what we’re missing.

How To Learn From The Customer Journey