Good To Do Vs. Right To Do 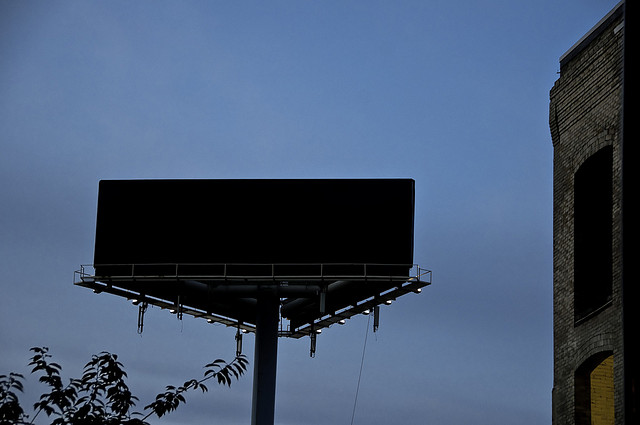 The brand new billboard spanned the four lanes of the freeway that led to the airport. The location was obviously a strategic move, given that the company being advertised was in the travel business. The gorgeous image of a lone traveller in the wilderness had likely been painstakingly chosen by the marketing department in consultation with creative, and then approved higher up the chain of command. The tagline would have worked for any other travel agency, but that fact was offset by a nod to how established the company was. Not many of their competitors could claim to have been in business since 1972. The company’s logo sat in the bottom right hand corner, hovering in the middle of an African savanna.

There’s no doubt that the creation of this campaign had been a ton of work for many people over weeks and months. Imagine the hours that went into creating it—the strategy meetings, followed by long email trails, the back and forth with all stakeholders until the company had an advert they could be proud of.

After all of that angst and effort how will the team know if it was worth it? How will they know if their billboard has worked? What exactly will be their measure of success?

There’s no doubt that any business owner will feel good as she drives under her billboard at 80km per hour, simply reaching for that feeling is what we have to be mindful of. In business it’s not enough just to do what feels good, if what feels good doesn’t impact either the customer or the business.

It’s important to think in terms of outcomes and impact, not simply tactics that help us to feel like we’re getting somewhere when we’re not. Just because it feels good to do doesn’t mean it’s the right thing to do.

The Hallmarks Of Good Marketing

A Word About Product Market Fit