Getting Your Message ‘Out There’ 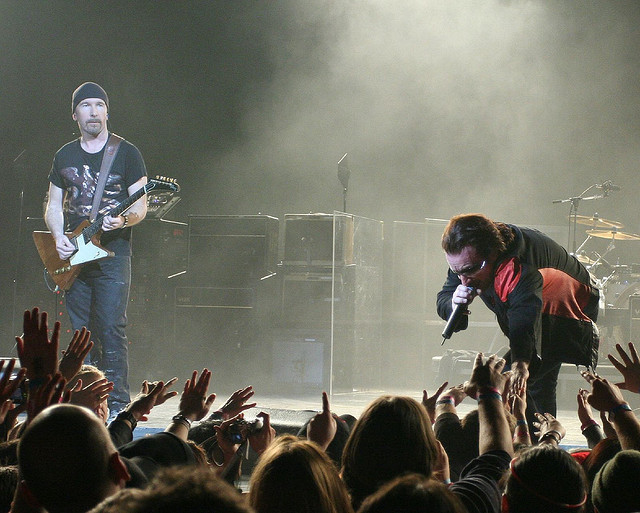 When I was fifteen it cost fifty pence to go a see U2 play live to a tiny audience in the function room of the Rathfarnham Inn. A group of girls from my school who were die hard fans and too young to get into a pub at night applied three layers of eyeliner, half a can of hairspray and bluffed their way in every week. Of course once the word was ‘out there’ and U2 became the next big thing the fifty pence gigs came to an end before I was old enough to go. They are still my heroes.

‘Out there’ is a place most companies, entrepreneurs and artists want to get to. Getting the word out becomes a preoccupation. Everyone knowing about your thing becomes the goal. This might partly explain why U2 in partnership with Apple tried to give away their new album to 500 million iTunes users who had never asked for it. Sadly the noise from those who resented the interruption and didn’t want the album, drowned out the voices of the people like me who were delighted. It turns out that no matter how big you are permission is not just a nice to have, it’s mandatory for marketers now. Here’s what lead singer Bono had to say in an apology last week:

“There’s a lot of noise out there. I guess we got a little noisy ourselves to get through it.”

It might have been easier thirty ears ago to rise above the noise, but no matter how far we’ve come or who you are the strategy for being successful is still the same.

Ironically this is exactly what U2 were the masters of even when they were just starting out.

What’s more effective than getting your message out to everyone is drawing your right customers in and giving them a story to tell. There is no shortcut to mattering more.

A Matter Of Marketing

The Key To A Sustainable Marketing Strategy