How To Disrupt The Market 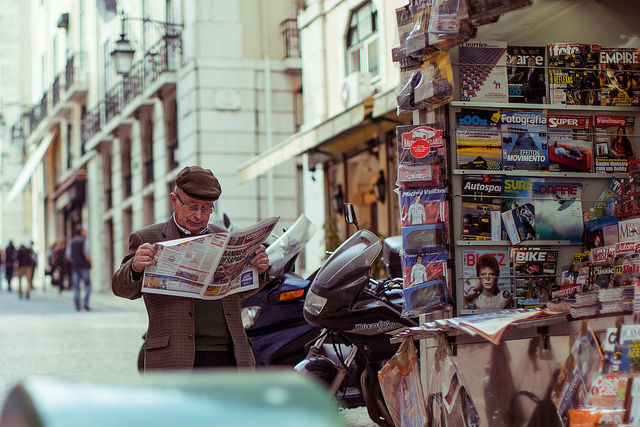 Do you remember the days when printed news was so valued that there were two editions of the daily newspaper? People waited at the local shops for evening editions to arrive at 4pm and paperboys weaved between cars which were stopped at a red light during rush hour where drivers also waited with exact change to receive the news.

My grownup sons have never bought a newspaper and they never will. They don’t wait to receive the news, they make it appear on demand when they want it, on their terms. The double-digit decline in newspaper circulation isn’t a surprise and it’s certainly not news to anyone anymore.

We might say that the Internet and mobile devices disrupted the print media market. But before innovation can disrupt the market it must disrupt the moment—that point where a single person feels or perceives something that causes them to change how they act. Everyone didn’t stop buying newspapers back in 2007 when Twitter launched. It isn’t one sudden seismic shift that creates change, but a billion tiny incremental movements in the moment.

We are often impatient when we want to change how people act (which is why marketing exists after all). This impatience is the reason health campaigns and other traditional marketing efforts often fail to miss the mark. They try to change everything and everyone all at once. But lasting change doesn’t happen that way.

If you want to disrupt your market look for opportunities to change a single micro-moment, one person at a time.

The Rise Of The Patient Marketer

The Value Of Subtraction

Change Is A Human Act