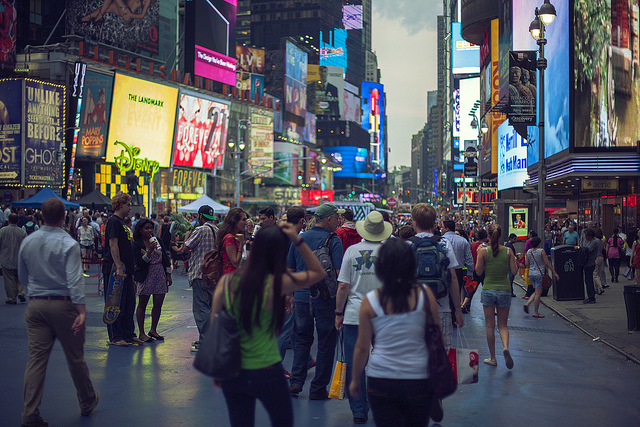 Mike, the guy who sells bus tours in Times Square doesn’t do permission marketing. He has 60 seconds to find a way to engage his prospective customer—a wary visitor in a strange city who isn’t anticipating being interrupted. Mike is competing with dozens of other street vendors. He’s also got the giant flashing billboards and a hundred other distractions in Times Square to contend with.
It’s a tough gig.

And yet he manages to out-perform his colleagues, selling three times the number of bus tickets every day by using a different approach to the standard method of thrusting leaflets at reluctant tourists, while shouting about special offers and discounts. Mike starts with the customer’s story.

He looks along the line of pedestrians walking towards him, takes in as much data as he can from their appearance and begins to find some common ground. He notices the Scandinavian features of a young man and makes eye contact, then asks if he’s from Denmark. When the tourist says he’s from Germany, Mike immediately switches to German and starts to engage. He does this over and over again throughout the day, looking for a way to understand the customer’s worldview before he begins his pitch.

Mike knows that he’s interrupting people and that this isn’t best practice marketing, but he also knows that if he is to survive Times Square he has to be better than the next guy. The best marketing (and even the best of the worst marketing) always starts with the customer’s story.