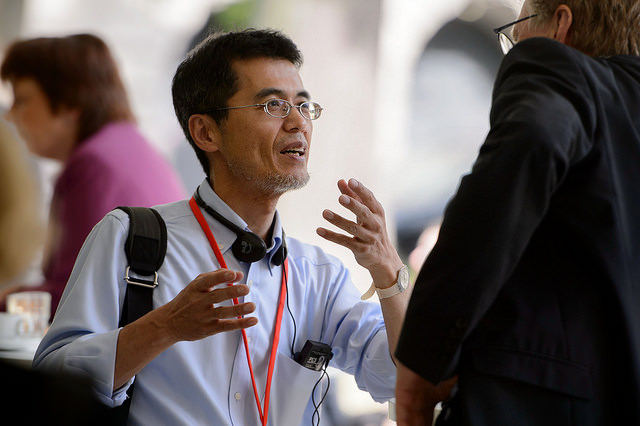 At the end of the event a small group gathered around the presenter. He had flown in from Europe the day before and was bound to be jet lagged. Despite that he had delivered an informative and inspiring keynote about how his company—one of the most powerful brands in the world, used customer insights to innovate.

A couple of people shook his hand and thanked him. The third guy to reach the top of the line began by explaining what his company did, mentioning that they were hoping to partner with the speaker’s brand. Next he pulled out his smartphone and started scrolling through screenshots of their product. The speaker glanced over his shoulder at the next person in the line apologetically.

Pitch guy was on a roll. He was face to face with a representative from one of the world’s leading brands and he didn’t want to waste the opportunity. He pressed on, making sure to communicate every last detail, without pausing for breath or to read the body language of the person he was pitching to. After five minutes he walked away with the speaker’s business card (clearly the goal he had set himself), which of course must have felt like a win. In the process of scoring that quick victory he forgot the first rule of pitching.

Before you try to make yourself understood, you need to work out why the person you are pitching to will care about what you have to say. We have all been pitch guy at one time or another. Typically when we pitch or sell we are primarily concerned about what we want the person on the receiving end to do next—give us his card, invest, make an introduction and on and on. What we really should be asking ourselves first is;
“Why exactly will what I am about to say next matter to this particular person?”

Just because someone heard what you had to say doesn’t mean it made an impression.