Why Attention Is No Longer Our Scarcest Resource 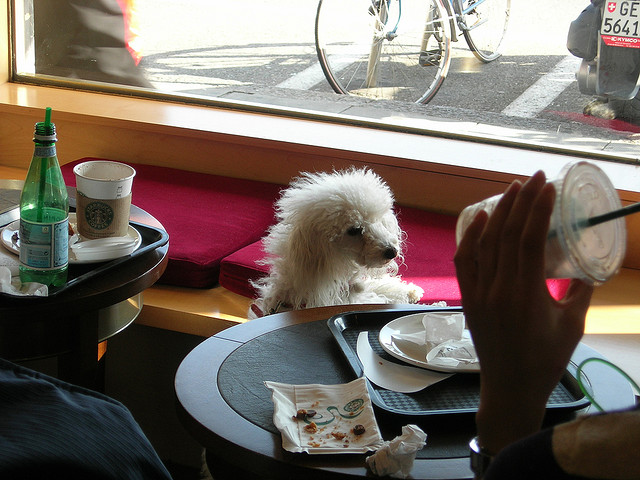 If you want to capture someone’s attention you’ve got about ten seconds to convince them that you are the one. Attention spans are shrinking. People have so many demands, diversions and distractions right there in their pockets every minute of every day that it’s getting harder and harder to hold them. This is the reason that whole industries still exist to find ways to capture attention. But what if attention isn’t actually the scarcest resource?

When a new cafe opens in your neighbourhood you’ll give it a try, but that initial visit is no guarantee that you’ll keep going back. You might buy pizza when they are selling 2 for 1 on a slow Tuesday night, but that doesn’t mean the store owner has done enough to see you there on a Friday. Headlines designed to bring as many strangers to your blog as possible this week, might not make for a community of evangelists in the long run.

There’s something that’s harder to cultivate than attention. Something that there is no formula for getting. Something that can’t be captured, but has to be nurtured instead. That thing is connection and belonging.

It turns out that when we build our businesses around a single shot at getting someone’s attention for a short term gain today, we’re wasting an opportunity to build a business that endures. The smart brands of the new millennium have thrived on this notion of building for belonging. The Apples, Starbucks’ and the Airbnbs of the world understand that they are playing a long game. They understand that the conversation isn’t over after the first interaction, and they find ways to bake the chances of another connection into their company’s infrastructure and DNA.

That’s all very well for big corporations you might say, we just don’t have the resources to do that kind of thing and time is not on our side. We need eyeballs and bums on seats today!
I know, I know—I really do, but it’s more important to create deeper connections with the right people to make your business sustainable.

Once when I was visiting a new city I did a scout around for a place that sold good coffee—usually the one that isn’t on the main street, the place where you see the locals hanging out. I took a chance, had a great experience and was on my way. The next day I thought, why mess with success and headed back to the same cafe. The guy who took my order the day before asked if I’d like a…. and he rattled off my non-standard coffee order from the day before. Boom, a shot of oxytocin and a feeling of instant connection and belonging. I don’t know how this guy ended up being ‘that guy who remembered people by their coffee orders’, but I bet his boss is glad that he did.

You’ve got to find a way to be ‘that guy’ for the people you want to serve. The one who is patient enough to take the time to make them feel like they belong. If you’re in this for the long haul you don’t need the shortcuts that you’re hoping will magically deliver more people to your door today.

On The Face Of It