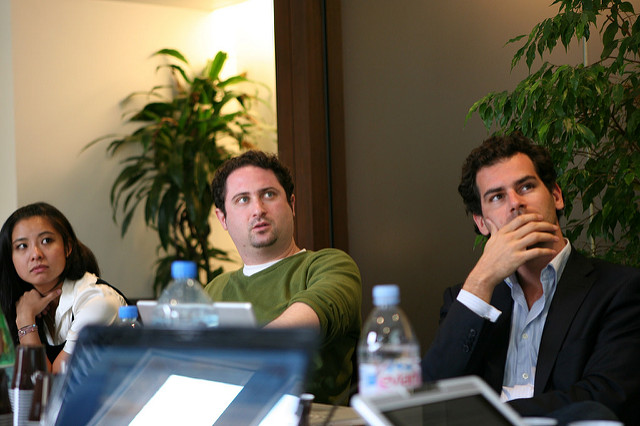 In his memoir Bryan Cranston (the actor who plays Walter White in the cult drama series Breaking Bad), describes a mental shift he made about auditions twenty years ago. He and the other actors would smile politely at each other while they sweated it out waiting for their turn to audition. Every person in the room was attached to the outcome. They were all there competing to get something.

Everything changed when Bryan began to focus on the process instead of the outcome. When he stopped thinking of his audition as a means to an end and became less invested in the outcome, he was free to enjoy and serve the work.

This new mindset meant Bryan freed himself up to give his best.

Whenever we’re trying to succeed at anything—going for a promotion, getting funding or closing the sale, we become attached to the outcome. That focus on a future we can’t control stops us fulfilling our potential in the moment.

We don’t win by trying to beat our competition. We triumph and thrive when we are motivated to do our best work, irrespective of what the competition is doing.

The Way To Lead