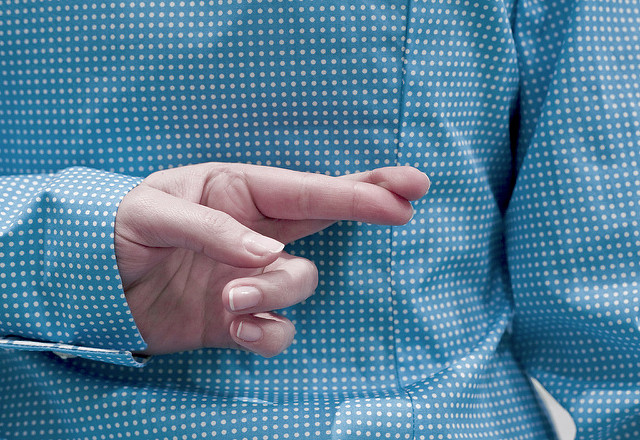 Scott and Joanna are planning to open a two-hundred-seater restaurant along a small shopping strip that backs onto a residential area in their local suburb. They know the neighbours will be concerned about the prospect of increased traffic and noise from the venue, especially at the weekend when they open until 1 am. So they draw up a plan to mitigate the negative impact their business might have on the people who live in the area. They commit on paper to limiting the number of patrons allowed in the rooftop bar and to monitoring late-night noise levels. The trouble with the plan is that the restauranteurs’ intentions are at odds with the commercial reality of running a viable business. Their success depends on having a restaurant and bar full of happy customers spending money late into the evening. They will find it almost impossible to make the business profitable while simultaneously keeping the neighbours happy. Their goals are at odds with each other.

We sometimes make promises we know in our hearts won’t be easy to keep. There will inevitably be times when we must balance good intentions with commercial imperatives. But saying one thing then doing another is the surest way to erode, not only the trust of others but our sense of integrity. The alternative is to make more honest promises, to focus on why we’re committed to keeping that promise and how exactly we’re going to do it, rather than just simply on what’s being promised.

We live in a world built on promises.
The people who keep them are the ones who win in every sense of the word.

The Business Of Trust

What Are You Promising?