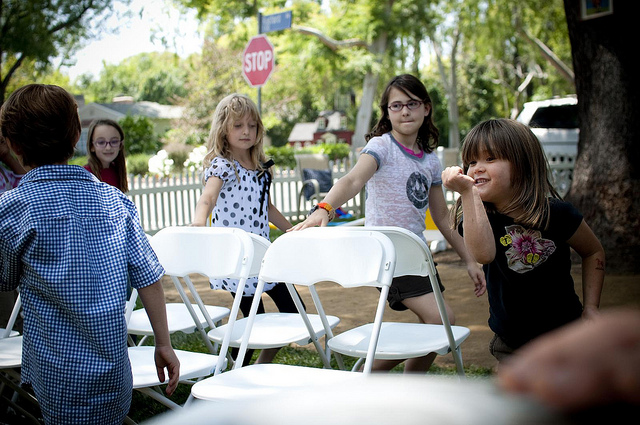 Do you remember playing musical chairs as a child? As with many games the same people who seemed to ‘have a knack’ or ‘get the hang of it’ always won. I was terrible at musical chairs. I was the kid who hedged her bets, tried to hold on, or scoot around the chairs half sitting, half standing, trying to maintain some kind of contact between buttock and seat.
It was the worst strategy!

In the end I started paying attention to the winners. They didn’t hedge their bets by half claiming each chair as they went past. They lolloped around confidently. They never won by trying to guess when the music would stop or by concentrating harder than everyone else, because that doesn’t work either. And they hardly paid attention at all to what the other kids might do next. No, the winners I discovered didn’t focus on the other competitors or even to the chairs in the middle. They kept their eyes firmly fixed on the mum who was in charge of the music and waited for her finger to come into contact with the pause button on the music player.

The winners watched what was going on around them. They paid attention to the context surrounding the game and not just the game itself.

Musical chairs was my first lesson in what it takes to win—it usually involves looking beyond what’s right under your nose.