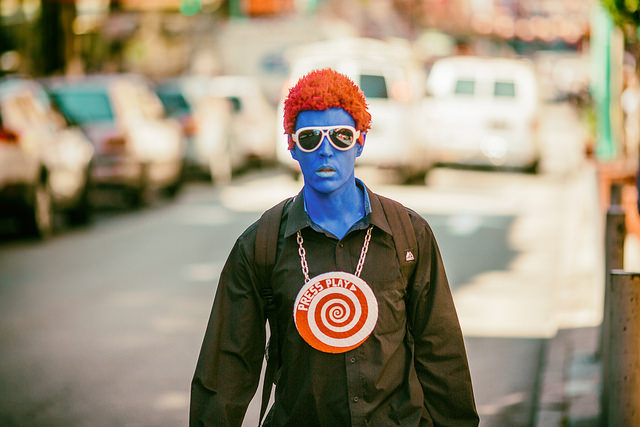 The guy who knocks on the door at 5 pm is armed with an iPad, a sales pitch and an assumption. He denies he’s trying to sell something. ‘It’s not a sale—it’s a reduction.’ He asks if I’ve looked at the back of my power bills lately. Tells me the prices have risen and he’s just switched a couple of neighbours in the street who wanted to avoid the increases, to his company. When I explain how happy I am with my energy provider, he presses on, mentioning price twice more as the reason people are switching. The assumption being that every person he speaks to will be motivated by price regardless of their experience—that everyone shares a similar worldview.

The salesman is doing his best within the limitations of the strategy his company has adopted. What this energy company doesn’t know about the potential customer (practically everything apart from where they live), affects their success rate. The story the company is telling today leaves it open to being easily disrupted by a new, cheaper competitor tomorrow.

If your growth strategy relies on pressing your customer’s buttons, then it pays to know which ones to press. The flipside, of course, is that if you’re just differentiating and competing on something that requires less insight and effort, then it won’t be long before someone else uses a similar strategy. The harder a story is to replicate the more valuable it is.

Kickstart Your Marketing Strategy With The Right Question